Sega have just dropped an amazing Chao animation seemingly out of nowhere, inspired by the amazing Chao In Space posters seen dotted all around the Sonic Adventure games!

In addition to this - Chao In Space Merchandise!! 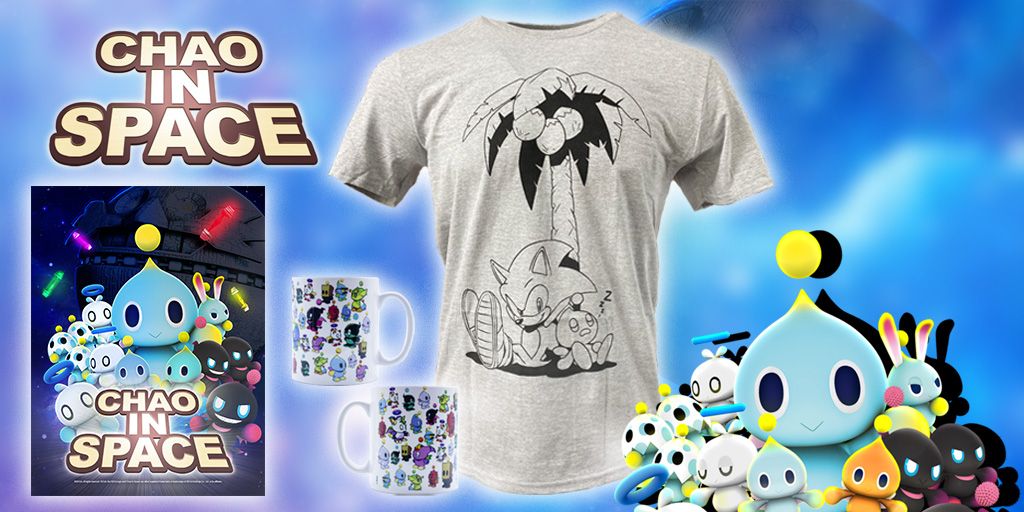 Grab it at the Sega Store!

I agree, Tyson Hesse is an amazing artist! I also like how a lot of the sound effects sound exactly like they would in a movie theater.

I also find it funny how it took them 21 years following Sonic Adventure to finally make Chao in Space a real thing :3

I don't want to get my hopes up, but maybe this is an indicator they might actually do something to revitalize Chao raising for the 20th Anniversary of SA2/30th Anniversary of the Franchise as a whole. Sure, this was a bit late for SA1's 20th, but let's not forget that the Dreamcast was kind of a financial flop and that most people who played the Adventure games when they were still current played the Gamecube versions.

Probably a pipe dream, but still, this is like the most significant thing they've done with Chao since Sonic X unless you count the Steam versions of the Adventure games.

Anyways, I'll have to give this a listen later after I'm done doing the part of my daily internet routine that works better with JavaScript turned off.
Top

I guess it's something...

About time they finally did something significant with Chao. But I'm not exactly ready to consider them "revitalized" until they give us another Chao Garden. [Sonic Adventure 2 Battle gets old after a while, okay??]

Well, are you going to add this to the Media section?? [Speaking of the Media section, how will you preserve the jigsaw puzzle after Adobe Flash is discontinued??]
Top
Post Reply
7 posts • Page 1 of 1